through his own imprint informationas material in 2010.  His book started life as a blog in which Morris copied a page a day of Jack Kerouac’s novel On the Road as an exercise in better understanding the book and the author’s writing process.  As blogs are displayed showing the latest entry first, those wishing to read On the Road through Morris’s blog will be faced with the book in reverse order. 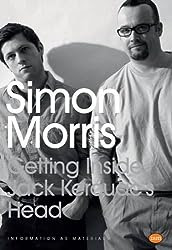 (compare image 1 and 2).  Although the text in the book is ostensibly Kerouac’s these minor differences distance Kerouac’s work from Morris’ in a dramatic way; if a reader were to pick up On the Road, they would find a linear story about a road trip; if a reader were to pick up Morris’ book, they would find a disjointed story, a story that prompts the reader to question the nature of the book they were holding.  The difference here is a conceptual one. 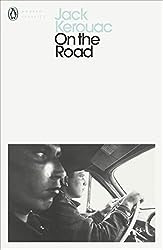 I heard Morris speak at the Whitechapel Gallery in 2011 about his own approach to using the material of others as a starting point. He said that ‘If there is no danger of being original it can be very liberating.’ Morris’ view implies that it is Kerouac’s On the Road, which carries the burden of originality and not Getting Inside Jack Kerouac's Head

.  It is this weight however that makes copyright such a fiercely contested terrain. I think this sense of freedom is apparent in the work, as the book comes across as a game in a way, one that one that Morris has played with commitment and determination.

Copyright and reproduction are important topics in the book world, particularly with the threat of Google’s mass book-digitization programme, which has dramatic implications for the global publishing industry (according to Robert Darnton, in The Case for Books).  Google’s quest to scan and make available millions of books has triggered legal action from publishers and re-raised questions of intellectual property and ownership. Morris’ book can’t help but touch on that as it is almost (but not quite) a word-for-word copy of Kerouac’s.

Questions of copyright and ownership first came about in the 18th century when it was created to break monopolies in book publishing, ensuring authors were protected and other publishers were able to distribute works (Lessig, Free Culture, 2006).  Two hundred years later copyright now appears to protect the interest of corporations, ensuring that intellectual property can be controlled long after the death of the original creator.


Several publishers (and notably the author J. K. Rowling – who released the digital versions of Harry Potter) are moving away from such strong digital encryption, allowing books to be shared more easily. And perhaps these gestures, along with the works of artists such as Morris, are pushing the boundaries and encouraging others to play with content and give it a new or alternative life.