I would like to start exploring books around certain printing techniques or methods of production and I am going to start with the humble photocopier. Most of us, I am sure have had contact with one and maybe some of us have also made books by using one. It is the instant and cheap nature of this early 'print on demand' process that attracts artists, zine makers and activists to use it. “The copier was pretty revolutionary in its time, It allowed artists to print an image on their own in an instant. It allowed them to publish books. The speed and ease were liberating. That was a key to a lot of these works." (Michelle Cotton talking on an exhibition of photocopied works at firstsite http://www.firstsite.uk.net/page/xerography-2) 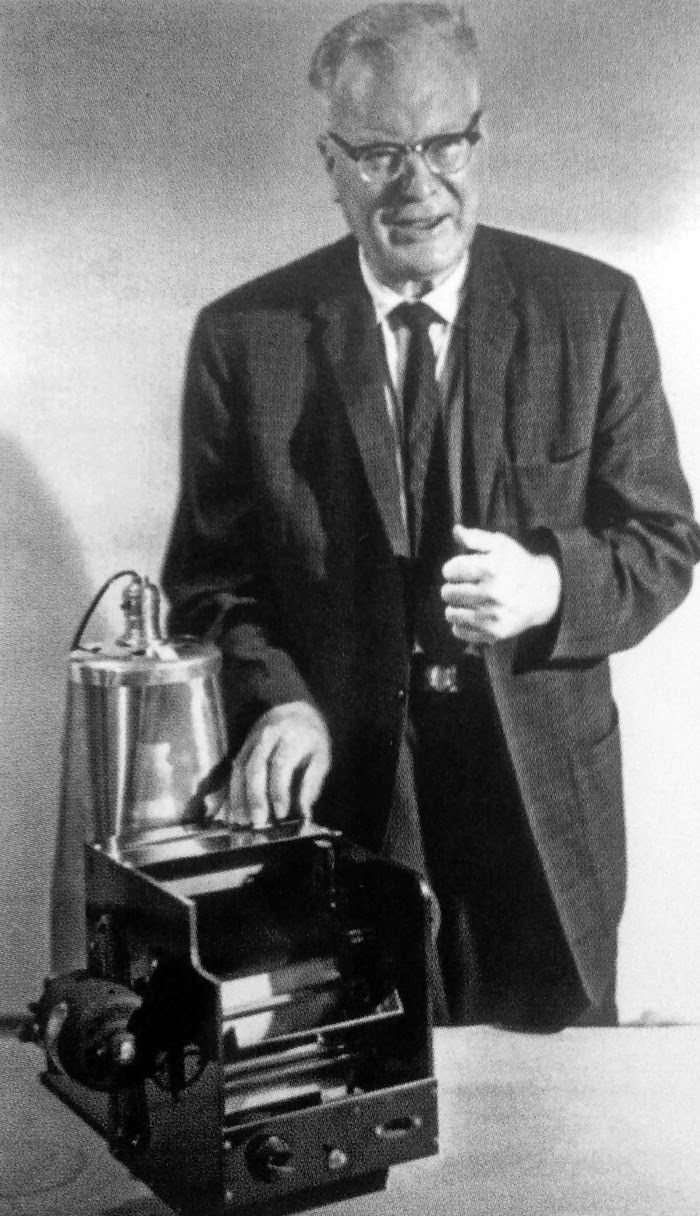 Invented in 1938 by Chester Carlson 'Xerography'  is a dry photocopying technique that requires no chemicals and uses an electrostatic process to transfer toner to paper. (http://en.wikipedia.org/wiki/Xerography) 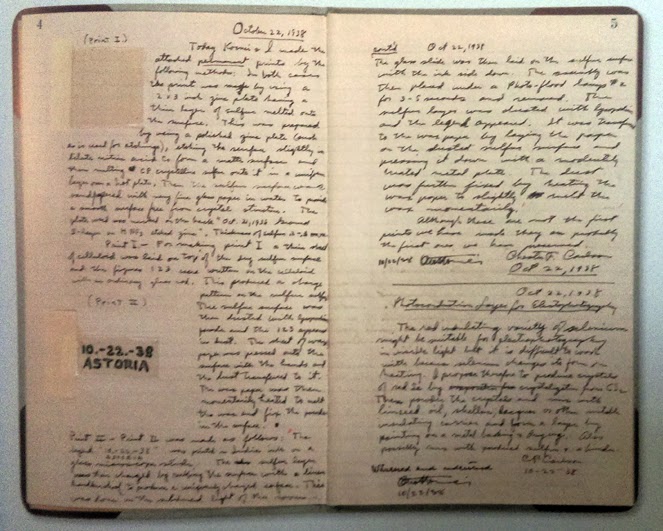 Chester Carlsons lab book (a history of the book in 100books)

There are many books that use photocopies but I am going to focus on three: 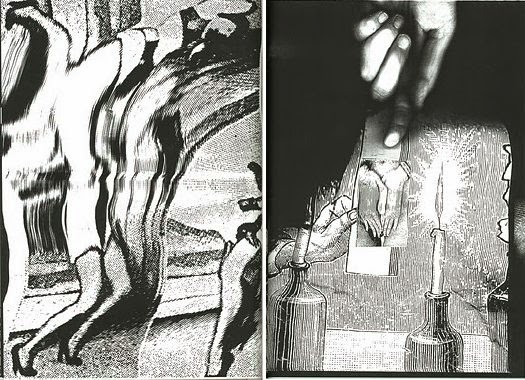 "Created directly by Polke himself, Daphne is a book with 23 chapters illustrated in large-format photocopies. Each "copy" of the book differs, as each has been photocopied and manipulated individually, pulled from the machine by the hand and watchful eye of the artist.  Process is revealed, over and over again. Motifs accumulate page after page, as do small graphic cycles. The printed dot, the resolution, the subject, and the speed all determine and are determined by the apparently unpredictable and often impenetrable secret of a picture whose drafts are akin to the waste products of a copying machine." (Reiner Speck, http://greg.org/archive/2010/06/19/daphne_as_photocopied_by_sigmar_polke.html) 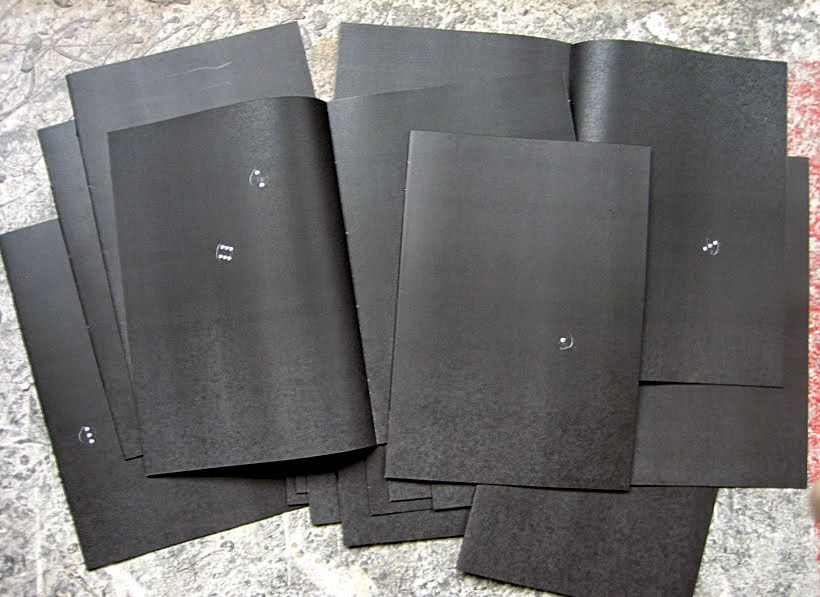 
This work is about chance, dice are thrown onto the photocopier and a copy is taken. It is the instant nature of photocopying that is celebrated here and also its ability to capture an event. 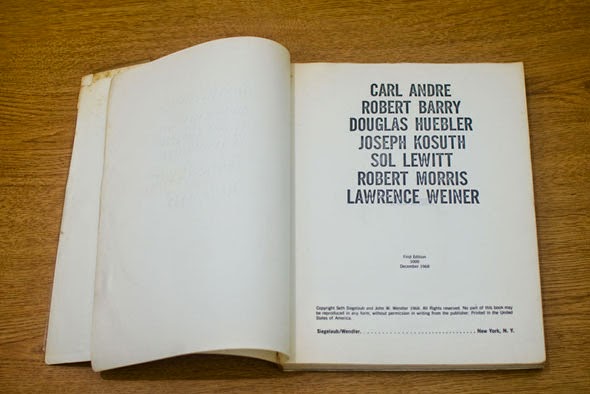 
This book published in 1968 is a collection of photocopied work by seven artists. They were all given 25 pages and asked to respond to the format. The artists include: Carl Andre, Robert Barry, Douglas Huebler, Joseph Kosuth, Sol LeWitt, Robert Morris and Lawrence Weiner.

“This project evolved in the same way as most of my projects, in collaboration with the artists I worked with. We would sit around discussing the different ways and possibilities to show art, different contexts and environments in which art could be shown, indoors, outdoors, books, etc. The “Xerox book” — I now would prefer to call it the “Photocopy book”, so that no one gets the mistaken impression that the project has something to do with Xerox — was perhaps one of the most interesting because it was the first where I proposed a series of “requirements” for the project, concerning the use of a standard size paper and the amount of pages the “container” within which the artist was asked to work. What I was trying to do was standardize the conditions of exhibition with the idea that the resulting differences in each artist’s project or work, would be precisely what the artist’s work was about."  (Seigelaub, in discussion with Hans Obrist in 1999, http://artistsbooksandmultiples.blogspot.co.uk/2012/03/xerox-book.html)

This is an exhibition in a book where the photocopier was used as a medium. A way of exploring what may come out if different artists are using the same method of production.

The book can be downloaded as a .pdf here: http://www.primaryinformation.org/files/CARBDHJKSLRMLW.pdf