the web within a book the book within a web

Recently we have been asked by the British Library to submit our site http://collectiveinvestigations.tumblr.com for the http://www.webarchive.org.uk/. This has got me thinking about how the internet has a vast wealth of data that a library could potentially collect. They currently hold 14,929 websites represeting 27.48TB of data which is a small portion of the 957,324,487 websites that are currently on the internet. (http://www.internetlivestats.com)

‘The UK Web Archive contains websites that publish research, that reflect the diversity of lives, interests and activities throughout the UK, and demonstrate web innovation. This includes "grey literature" sites: those that carry briefings, reports, policy statements, and other ephemeral but significant forms of information. Because websites are revisited and snapshots ("instances") taken at regular intervals, readers can see how a website evolves over time. The archive is free to view, accessed directly from the Web itself and, since archiving began in 2004, has collected thousands of websites.’ (http://www.webarchive.org.uk/)

It is interesting how the the websites are given book like qualities. Collected by a library and presented to readers, in much the same way they would collect and catalogue a book.

I have been looking at some artists and projects that explore this notion of collecting and the place the internet and the library have in relation to this.

One of them being Chris Gibson from our collective with his work the Unassuming Collection. 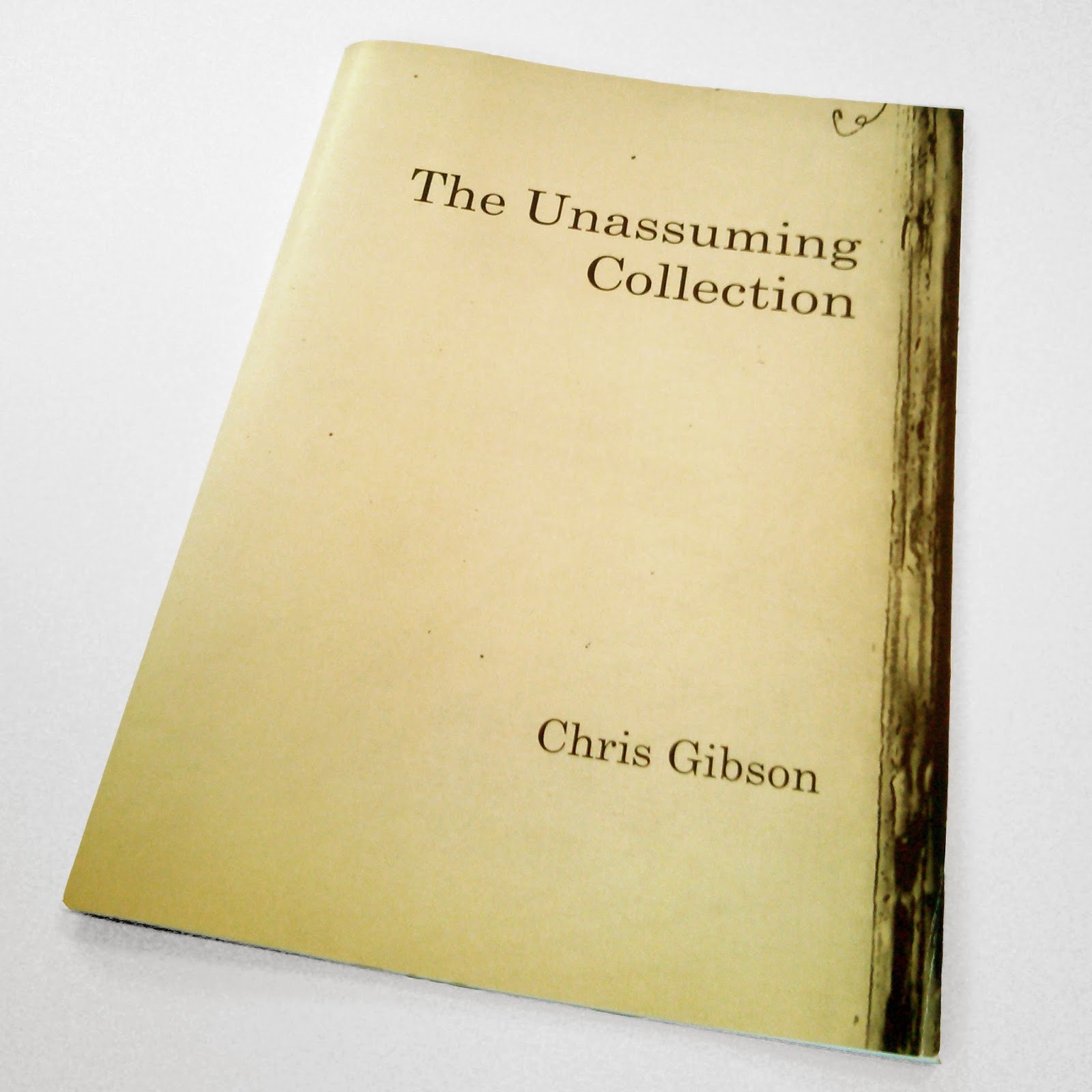 The book holds within it links to books that can be read online. Using the form of the book to collect and present these other books. The book becomes a library. A library of texts that sits between both an online collection and a physical one. 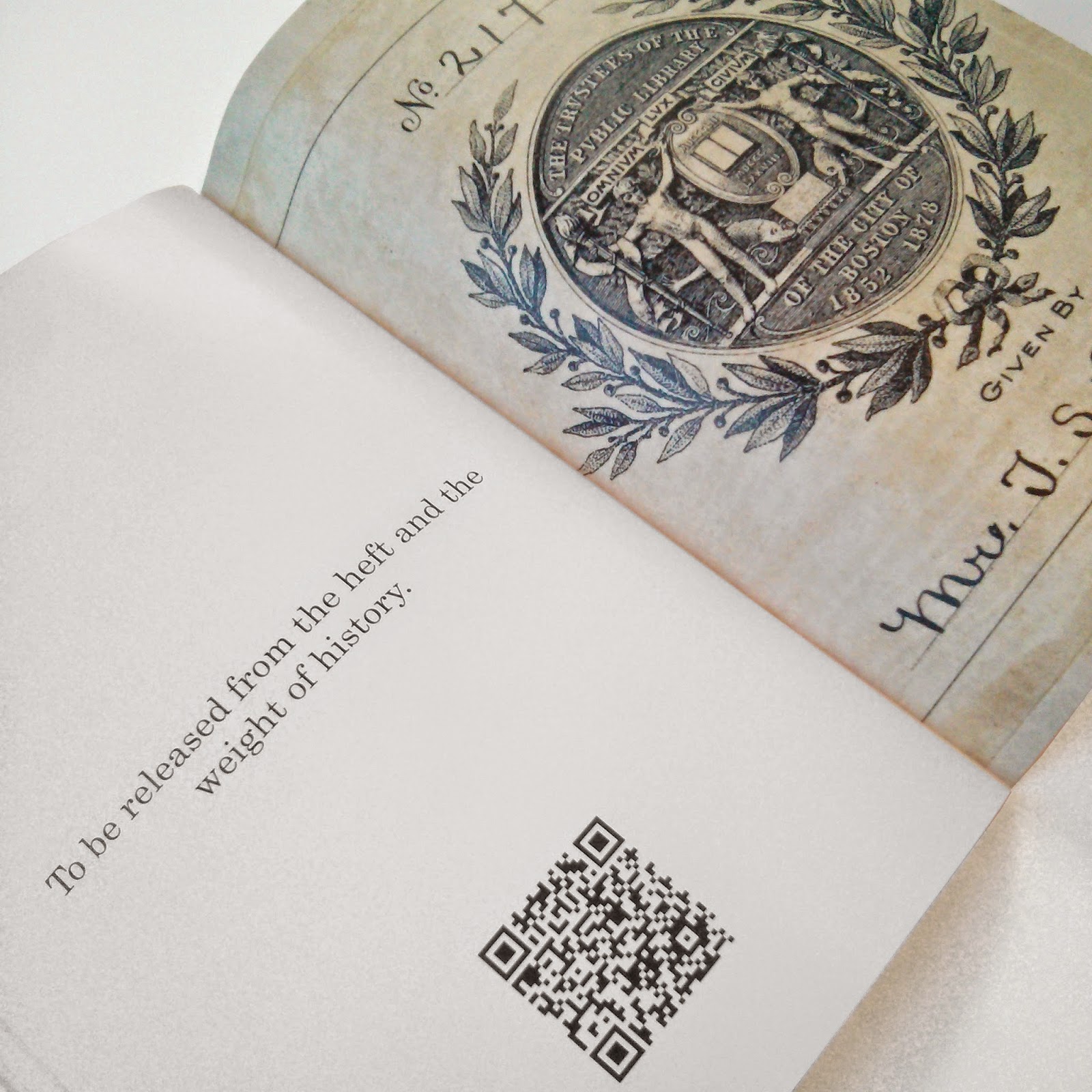 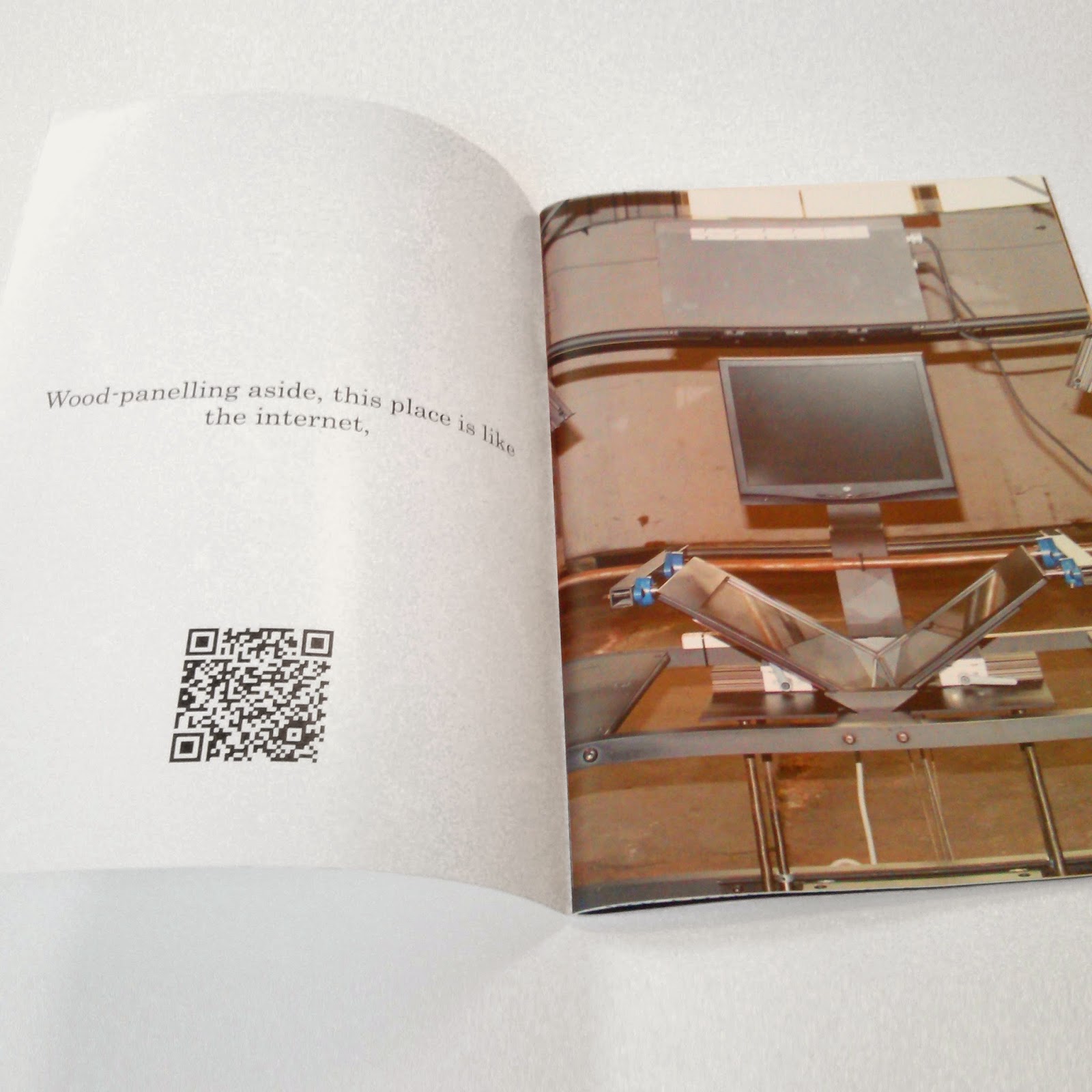 ‘The Unassuming Collection is a paperback comprised of double-page spreads, featuring a disjointed but unfolding narrative on the left hand and a visual fragment (marginalia, an image, isolated text) taken from an existing book, on the right. The story refers to an imaginary library, but the images are taken from existing books. Below the right hand text is a QR code leading to a location where the book can be borrowed online, turning the fictional collection into an actual one.
The artwork emphasises the book’s role as archive – or keeper much more than its pages belie.’ (http://chrisgibsonart.blogspot.co.uk/2014/05/in-progress-unassuming-collection.html)

Another project I have come across is the Library of the Printed Web. http://libraryoftheprintedweb.tumblr.com

Library of the Printed Web is a physical archive and Tumblr devoted to web-to-print artists’ books, zines and other printout matter. It is also the publisher of Printed Web. Founded by Paul Soulellis in 2013, Library of the Printed Web is “web culture articulated as printed artifact,” characterized as an “accumulation of accumulations,” much of it printed on demand. It has also been described as an archive of archives. Techniques for appropriating web content used by artists in the collection include grabbing, hunting, scraping and performing, detailed by Soulellis in “Search, Compile, Publish,” and later referenced by Alessandro Ludovico.

They have collected together a lot of really interesting projects that like Chris’ book straddle that physical/digital divide.