New Year is always a time for reflection and recently I was thinking about the books we give people at this time of year. Among the biographies and cook books, shop windows and supermarket shelves are often filled with annuals, mostly aimed at children and tied in with comics and TV shows. I wondered about their origins and was surprised to learn that the precursor to these books dates from 1823. It was a publication called Forget me Not, intended to be given to mark Christmas and the New Year. 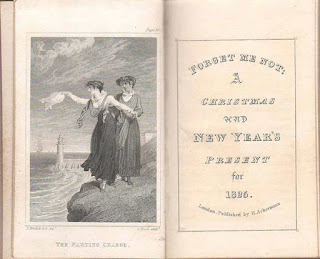 The publication was filled with engravings accompanied by commissioned poems and stories. The publication launched a host of other such books which were popular right up to the mid-century, at which point production standards and subsequently readership began to decline. 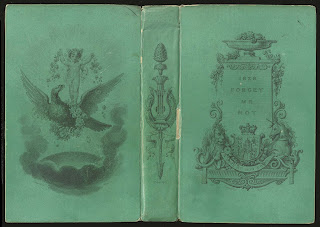 I wonder if the genre will still be around in another 200 years? It would be fascinating to know. As we live in such fast moving times, it seems like anything is possible.

Warm wishes from us for the 2016 - we hope it is a happy and productive New Year.

Image credits: Interior Image and Covers.
Posted by Unknown at 10:00