As part of our Gutter project we used a typewriter. The reason for us, was that it is the most transportable way of printing on site without having to have a computer and a printer.  It doesn't need electricity or take up a lot of room, so fits into our project quite nicely, allowing us to print a publication during the duration of the fair. 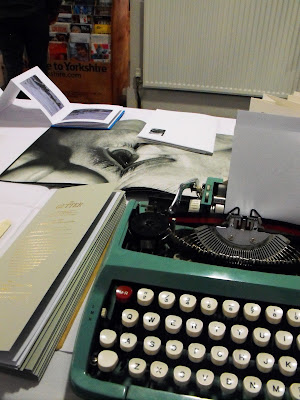 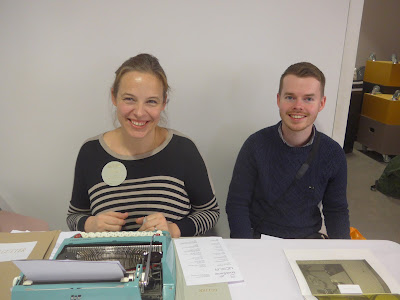 So I'm going to explore a few creative uses of the typewriter in various forms. 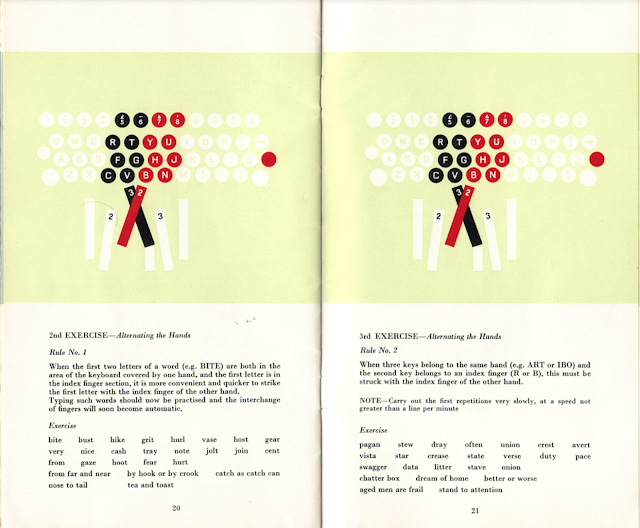 Instructions for the use of the Olivetti Lettera 22 typewriter

Firstly this manual for the use of an Olivetti typewriter from the 50's. Though not intended as a piece of art it is beautifully designed and reads like a piece of concrete poetry. It sums up the modern differences in keyboard design which enthralled so many people at the fair. The 'experience' of the typewriter, the noise, the extra pressure you put on the keys added an interesting layer to the event. Also what I liked was that the backspace key pointed in the direction the carriage moved and not in the direction it now points on a modern keyboard. I wonder when this change in direction appeared? 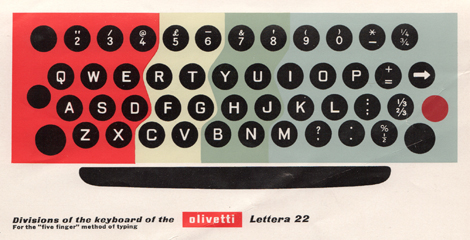 Instructions for the use of the Olivetti Lettera 22 typewriter 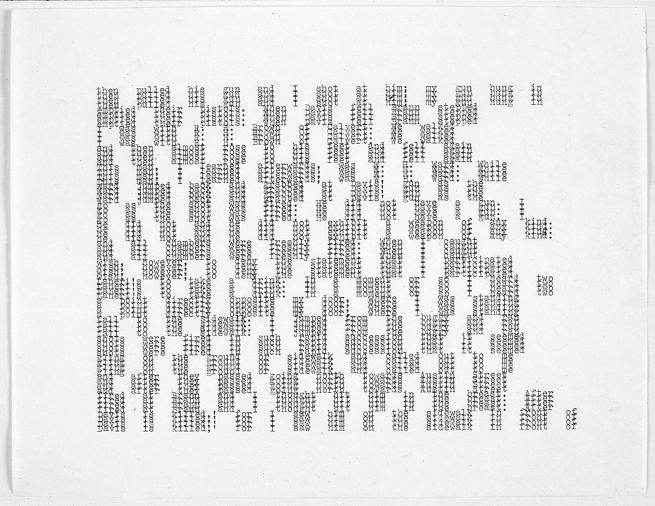 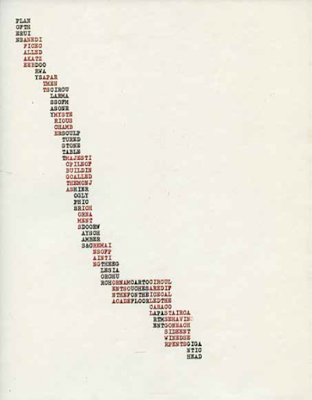 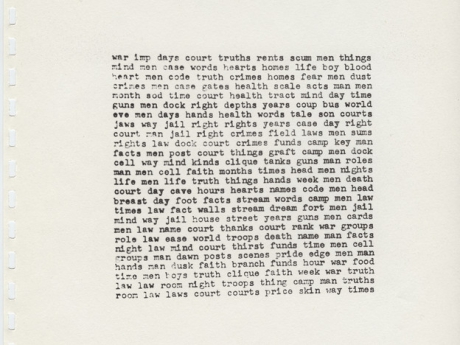 I couldn't look at the typewriter without looking at concrete poetry which seems to form a big part of its creative use, like these typewriter drawings and poems by Carl Andre. It did strike me while using the typewriter the other weekend, that there is something quite freeing about an analogue way of working. If you don't mind not having perfectly straight lines of text, the typewriter works more like a drawing with a slightly less than precise form of mark making. 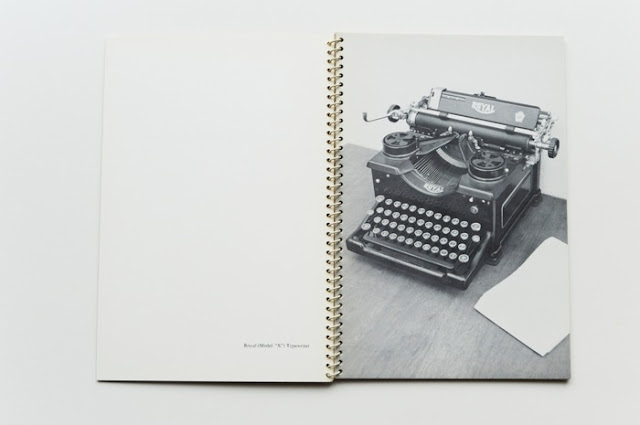 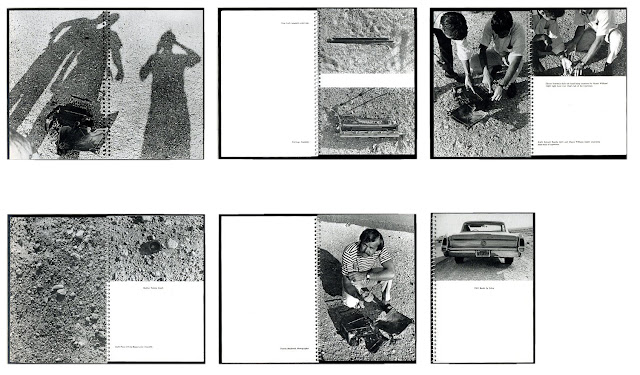 While doing this typewriter research I came across this fun book by Ed Ruscha that I wasn't aware of. Some might be repulsed by it but it fits into this post on the creative use of a typewriter quite nicely.

This artists' book documents the destruction of a Royal (Model 'X') typewriter that was thrown from a car travelling at 90 m.p.h. The book being an interpretation of Jack Kerouac’s 1959 novel, On the Road. Various parts of the typewriter that were scattered far and wide were documented along with the remaining body of the typewriter itself and the artist inspecting it.

I'll leave you with this: 'The Typewriter' a piece of classical music from the 50's written by Leroy Anderson. Reminding us that the typewriter can not only be used to draw with, record text and be thrown out of a speeding car, but can also be used to make music. Enjoy!