Notes of Alignment. [2. on The Old Straight Track] 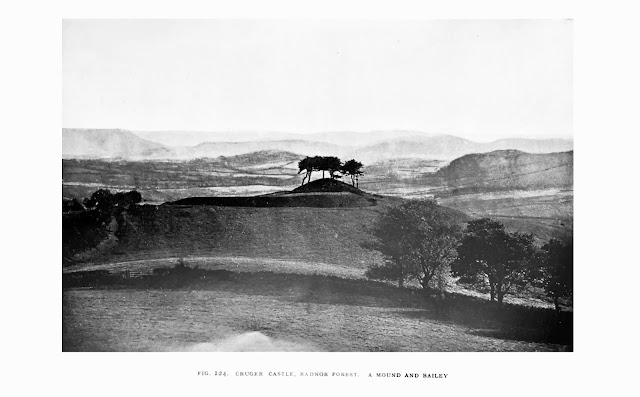 This post is about Alfred Watkins’  The Old Straight Track, some ideas and legends behind it, its rebirth in 1960s and some of the influences. 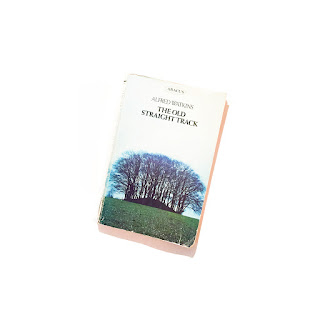 Alfred Watkins published The Old Straight Track in 1925 on the back of his lecture to the Woolhope Naturalists’ Field Club in Hereford, where he presented his idea of leys - lines of straight alignments (of stones, mounts, churches, etc) in the landscape, which are visible to this day as a record of the ancient trade routes used by our ancestors to travel across Britain.  Alfred Watkins had spent years photographing his native Hereforshire and mapping the walking routes (Daniels). Then, in 1920, as he was sitting in his car at a Blackwardine crossroads, he came up with the theory of leys.


(Watkins was no walker along ley-lines, at least for any distance; he favoured motor cars of various kinds, both steam and petrol powered vehicles, to get close to the key sites, to carry his camera and his assistant Mr McKaig, and to establish the scope of the system. (Daniels)) 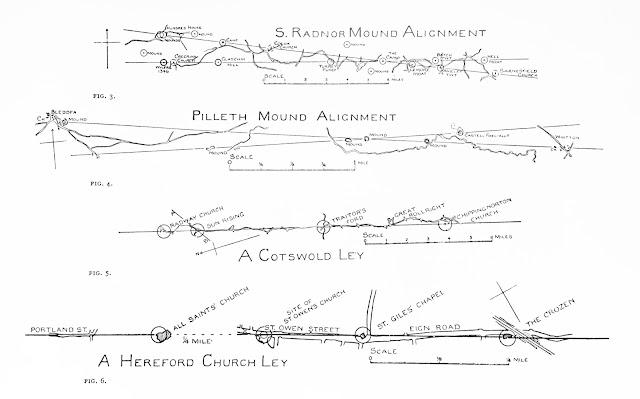 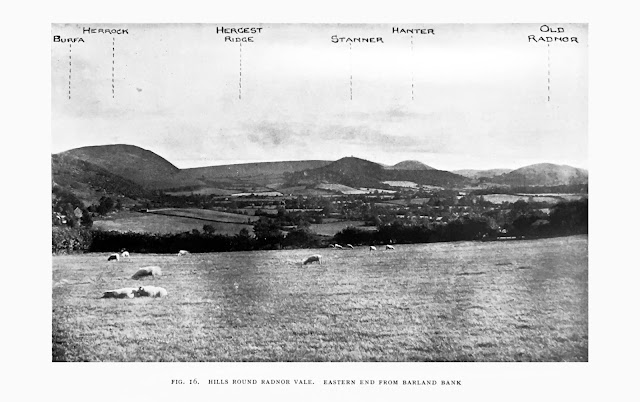 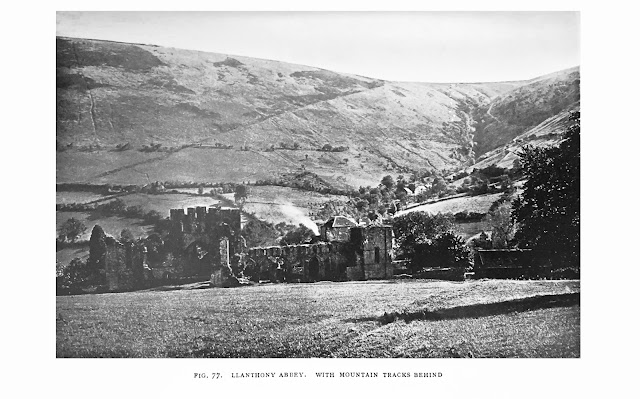 The book is an impressive, extensively researched effort to make sense of the landscape Watkins clearly loved. The Old Straight Track is as elegant, as it is methodical. When reading it, it is easy to get fascinated by his systematic account of mounts, stones, wells, ponds, histories and customs that surround them, links with the Bible narratives as well as straight lines in other countries, attempts at etymological explanations of toponyms and hydronyms. Then, there is a poetic quote at the start of each chapter and the book completes with a four-liner from Ruyard Kipling.  The Old Straight Track can appear romantic and far-fetched in places (some etymologies are incorrect, some alignments are rather imaginative), however Watkins constructed a vision of olde England, which defines the relationship of many English ramblers with their walking tracks today. 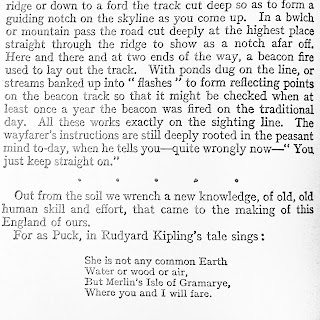 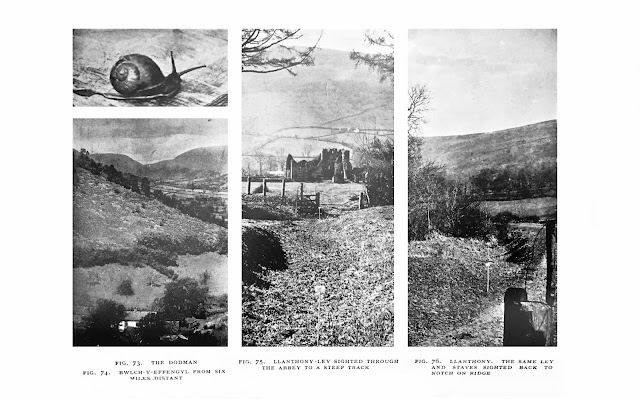 The Old Straight Track got forgotten soon after Watkins’ death. Then, psychedelic 60s came. In 1961 Tony Weld - a former RAF pilot - suggested that there was a link between the leylines and UFO sightings, twisting the idea of ancient trackways into energy lines, thus giving birth to the subject of  “earth mysteries”. (Pennick, p.27)  Nothing illustrates better the leap from Watkins original archeology-based ideas to ancient astronauts and psychic channelling, than rewriting of the event at Blackwardine crossroads (see the first paragtaph above). The "updated" version says, that


Alfred Watkins was riding around the Herefordshire hills in the early 1920s, when he pulled up his horse to gaze across the landscape, and he had a sudden revelation. In his vision, every landmark, whether natural or man-made, was linked by a network of straight lines, which he saw as glowing wires laid out over the surface of the land.  The lines passed through hill summits and cairns, linking church spires, prehistoric settlements and burial sites, old encampments and sacred monuments.   Following the route that they took were trackways, straight roads that had been ancient and well trodden long before the coming of the Romans, along which the first settlers of this country would have travelled by day and night, their eyes keenly aware of waymarkers. (Woolf) 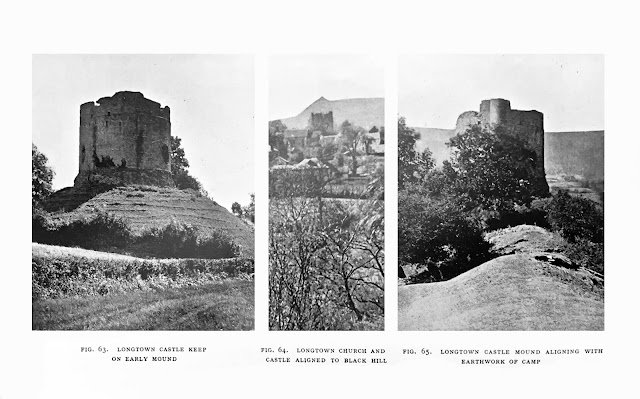 New Age mystics highjacking the The Old Straight Track brought it to the forefront of discourse and visibility. As Timpson says,


The attraction of cranks to leylines is naturally no encouragement to take them seriously: but neither it is a reason for the subject to be rejected (Timpson, p.8)

I found few direct references on how Watkins’ book influenced art. It is inevitable that it did so to some extent, considering that arrival of New Age magic coincided with the beginnings of “land art” movement. Looking at the land works of Richard Long and photography of Alfred Watkins it is easy to see visual similarities. However, those similarities lie not in the mystical and the magical energies, but in the real and physical human presence on the land, such as human marks on the land made though walking.


Richard Long first found out about about ley-lines at the time of his solo exhibition at The Whitechapel Gallery in 1971:
"Someone came up; he saw my lines of walking across Exmoor, the line made by walking and said, have you heard of this man, an eccentric geographer who had a strange theory about invisible lines that connected prehistoric sites across England. That was the first time I had heard of these ley-lines." (Daniels)


Hamish Fulton, on the other hand, was not only affected by the concept of leys, but also by the designs of Alfred Watkins’ books.


His Straight Line Walk, 1969, relates to the artist’s fascination with the prehistoric ‘ley’ system of walking paths. Around the same time, Fulton made a special visit to the Hertford [sic] Public Library to see Watkins’s original books. Fulton acknowledges this as a very important visit, not only because of his interest in the concept of a walked line for navigational purposes, but also because of the artist’s admiration for the sheer visual and physical beauty of Watkins’s books. Fulton remains fascinated by the clarity and elegance of 1930s and 1940s book layouts, with clear geometric blocks of text, augmented by delicately tinted, tipped in photographs. (Daniels). 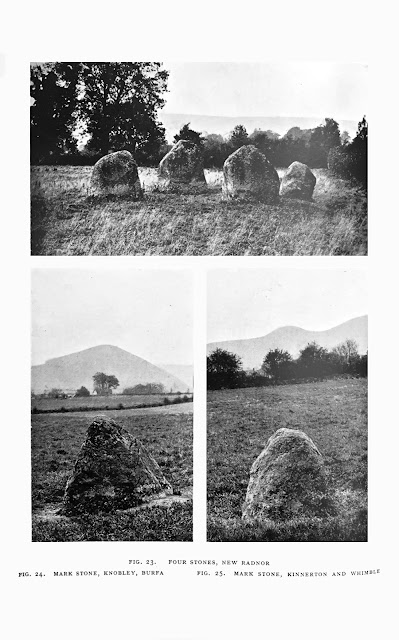 Watkins was indeed a competent photographer and his books offer not only skilled pictures, but accomplished and clever layouts and compositions: some pages contain sweeping landscapes with mistied background hills, while others sit as combined images, united as a journey sequence of a common alignment. Simple and clear, parts of The Old Straight Track are tremendously enjoyable as a photo book. 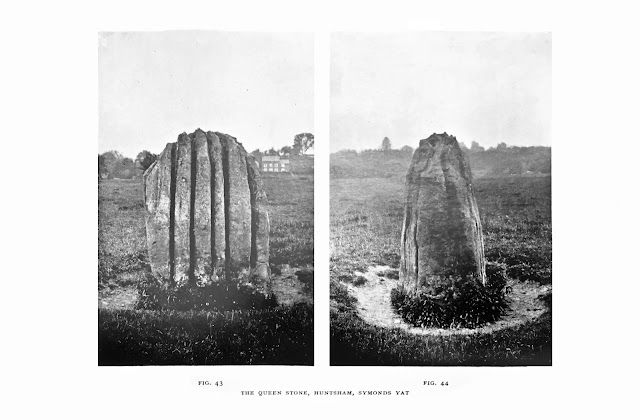 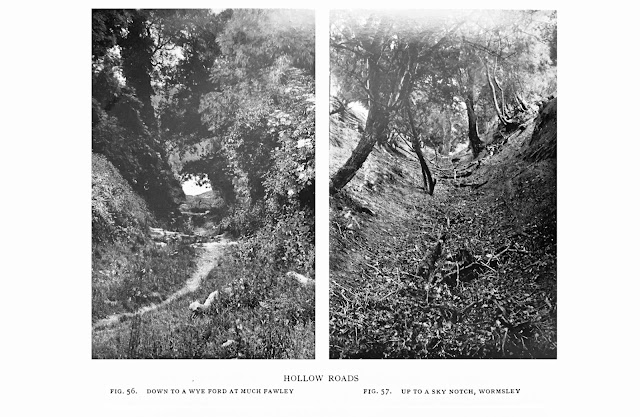 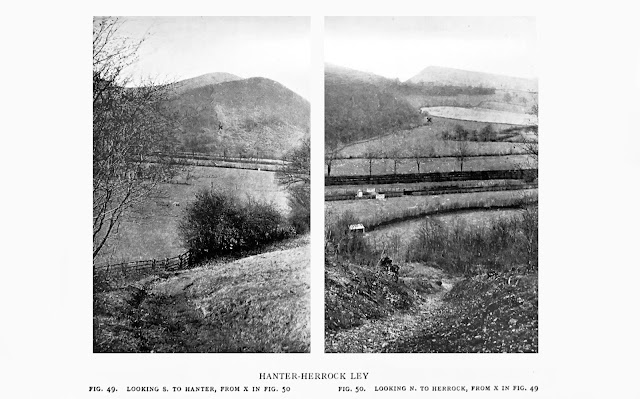 Like Hamish Fulton, we too are fascinated by Watkins' books and their aesthetics - not just The Old Straight Track, but also Early British Trackways with its collaged and overlapping images and simple clear lettering. Alignment project might be borrowing some of those designs.
There are some conceptual aspects which we will be taking further. In particular, we like the idea that major sacred landmarks can be aligned into a straight track: regardless of what mystic or mundane causes for the alignment might be. If either for sheer randomness or divine intention some sites fall into one line, could we find alignments of our own? 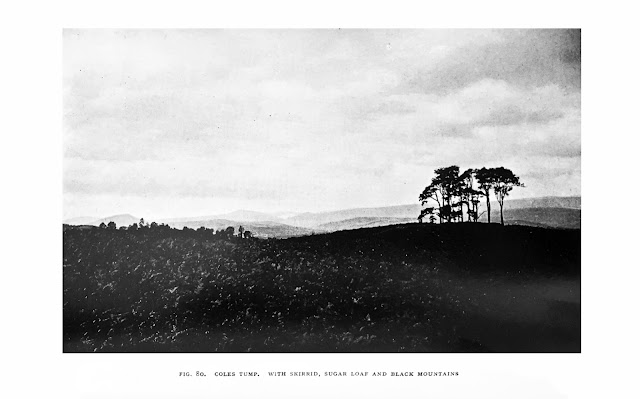 NEXT: about book as sacred object and book as part of the ritual

Mills, Billy (2015) The Old Straight Track by Alfred Watkins – walking through the past.  The Guardian. 8 August, [Online]. Available at  https://www.theguardian.com/books/booksblog/2015/aug/20/the-old-straight-track-by-alfred-watkins-walking-through-the-past. (Accessed:  21 Ferbruary 2017)