TV on the BOOK

Recently I have become very interested in the representation of the tv screen in the book. Not only because one of our projects had led us there but I have had a couple of books pop up which have explored this. One I have read and one that I have seen, they are both very beautiful in terms of design and aesthetic. In exploring structure, time and space the book functions much the same as video does although it has a slightly random and non linear one based on the choice of the reader.

The fist book I am going to look at is a project that we have been working on.

reading the book as an object - collective investigations

This book originated as a film as a book. Where the film takes the structure of the book. The screen divided into two ‘pages’ recreates a visual similarity with the open spread. With this framework the film slipped nicely back into the book form. It was interesting to see the volume the film took up when this was done. A screen capture was taken every second of a three minute film. The physical weight of the film is represented in the book 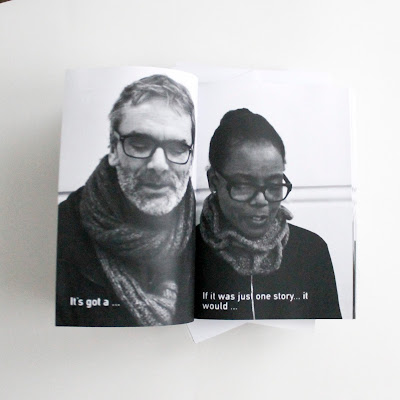 Alice’s Adventures in Wonderland - and Through the Looking Glass

This book I came across quite recently and is quite a fun example of how you can portray a film within a book. The book being one that already exists in a literature sense has been adapted for film. Like our project this film adaption finds itself back in the book. Though this time it is a frame by frame analysis done in line drawings with text. These are interspersed with photos of the cast. Whats on screen is interpreted for a printed book and layered with the bookish elements of text. 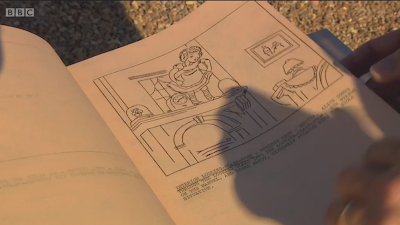 Between Time and Timbuktu - Kurt Vonnegut

One of my favourite authors Kurt Vonnegut wrote a television film in 1972. The film was published as a book in the same year. The script is published along with stills and photos from the film. When I discovered this book I had a sense of pure delight. Not only because I enjoy his work but the simplicity and clarity of the design gives it a graphic novel feel. It is a great study in how image and text can work together. It is not a pure representation of what happened on the screen in the way that reading the book as an object is. It supplements the TV with the quality of the book. That of the story. Presented as a script, you can read it as a novel but it retains that immediacy of TV. It is TV slowed down, TV that goes at your own pace. 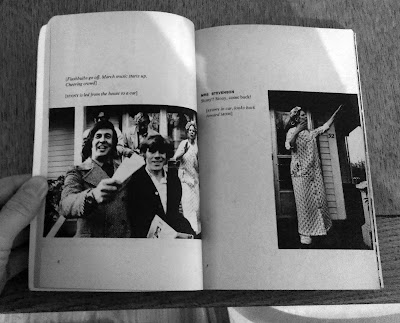