a definite beginning and end

The Sulawesi reel-to-reel is a Lontar manuscript, created in South Sulawesi, Indonesia before 1907.

Lontar is the Indonesian word for for a palm leaf manuscript. It is the modern form of Old Javanese ‘Rontal’ which is composed of two Old Javanese words, ron "leaf" and tal "Borassus flabellifer, palmyra palm". Not only are the palms used for making books they are made into plaited mats, water scoops, ornaments, ritual tools, and writing material. The more traditional form of the Lontar is more recognisable, with strips of dried palm leaves held together with twine, between two strips of wood. 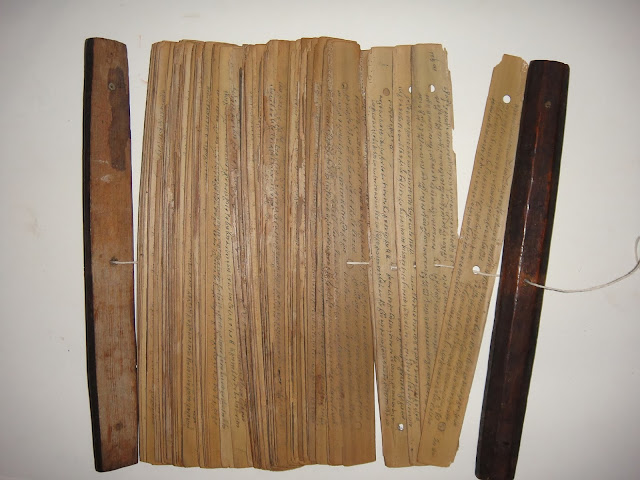 An interesting side point is the way the form and material of the manuscripts have influenced the handwriting:

The rounded or diagonal shapes of the letters of many of the scripts of South India and Southeast Asia, such as Devanagari, Nandinagari, Telugu script, Lontara, the Javanese script, the Balinese alphabet, the Odia alphabet, the Burmese alphabet, the Tamil script and others may have developed as an adaptation to writing on palm leaves, as angular letters tend to split the leaf. Sanford Steever, 'Tamil Writing'; Kuipers & McDermott, 'Insular Southeast Asian Scripts', in Daniels & Bright, The World's Writing Systems, 1996, p. 426, 480 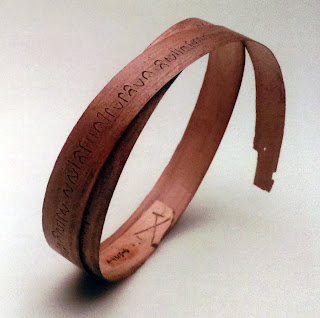 Not much is know about this scroll variant but it is thought that the book was intended to be read from beginning to end so is probable that it was intended for formal use in ceremonies, where the order of things had to be recognised. It is interesting to think of it in this way. It is not a text that you can flick though like in the more conventional codex. It has a pace and an structured journey, that has to be undertaken. You have to follow it word for word.  It might be a thing to bear in mind when creating books. How much as an artist do I want to impose a route though my books. In some I guess I use text to draw you though but it is up to the reader what page they open up on. More recently I have been creating books based on journeys (see below) so It is interesting for me to see a book with a definite beginning and end. This is the route you take and you read the text in this order. Nothing gets mixed up and the author has more control over the interpretation of the piece. 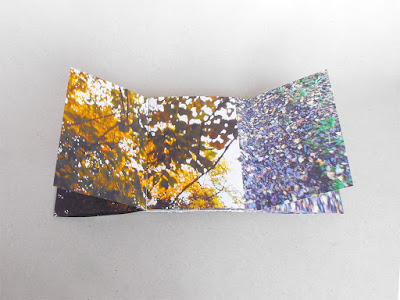 resources:
https://en.wikipedia.org/wiki/Palm-leaf_manuscript
A History of the Book in 100 Books, Roderick Cave and Sara Ayad - 2014
www.georgecullen.com