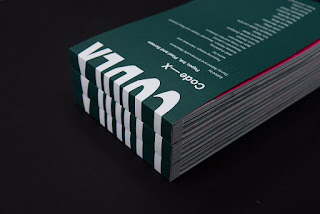 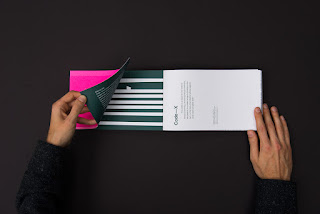 Code-X, re-mix of old and new

“If that person declares it a book, it is a book! If they do not, it is not. Definitions are not ageless laws, but current understanding. They grow with usage through insight and error. We extend our knowledge, as well as our false assumptions, and both of these change the way we think. Our definitions evolve, they are not cut in stone”Keith A. Smith

The Code-X project was conceived as an anthology of the current transforming of the book form and was edited by Danny Aldred and Emmaunuelle Waeckerle. The project was initiated by Book—Lab 1 and published by BookRoom2, it was launched at Printed Matter New York in November 2015. This text sets out to unpack some of the workings of the Code-X project in relation to past, and current forms of artist book publishing.

The paper umbrella was torn apart in 2010 by the digital fall out of 0 & 1s. In the past we could take shelter from the everlasting outside chaos from inside the umbrella (the book) and this could be seen as a protective dome, or a vault as described by D.H. Lawrence. It’s a place where we validate and assess the external as we navigate through our own landscape, but now the tipping point has been breached as we drown in all bits digital3. Within a context of immersive digital experiences the digital becomes meaningless as everything is touched in some way by screen and pixel. We stream, watch and listen via online networks; even the printed page is constructed through a portable digital file (PDF). Post Digital is a recognition of digital technology as part of everyday life and not a revolutionary phenomenon and was coined by Cascone in 2000 in his essay ‘The Aesthetics of Failure: 'Post-digital' Tendencies in Contemporary Computer Music’. But it was Alessandro Ludovico’s book, ‘Post-Digital Print - The mutation of Publishing since 1894’ (Published in 2012) that really informed the early stages of the project 4, and the Code-X project grew from an interest in looking at this digital shift framed around artist books. The name Code-X makes references to both the analogue codex form and digital code.

Networks were brought together in the making of the Code-X project. Book—Lab and BookRoom came together sharing communities of practitioners and offering something that the other could not. BookRoom took the lead in driving the editorial aspects forwards as well as design editing; the challenging task of adapting Book—Labs ambitious design to the various content formats (interviews, essays, image and text narrative). Book—Lab working closely with design studio 30155 had a fairly clear vision on how the design aspects of the project should work. The original intention was to offer something in print that could not be produced digitally and, after several meeting with the Dutch printers lecturis it was decided on using an unconventional approach where the pages unfold as one continues strip bound with an Otto style binding. The final printed bound pages were then machine kiss cut afterwards leaving folded inserts to reveal the colour contents. The usual full colour litho printing process (Cyan, Magenta, Yellow and Black) was disrupted by adding a percentage of fluro inks into the cyan and yellow print drums. This created a slightly psychedelic affect across the full colour images, similar to that seen within the San Francisco Oracle publications from the 1960’s, which were noted for their experimental multicolored design. 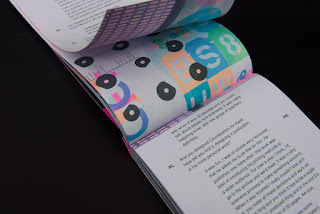 The meta focus of the book as a physical form maps against approaches by several 20th century book artists, in particular Dieter Roth6 where he used the basic codex DNA for the basis of structural investigation into sequence, binding and page size. Within code-X the turning of the page becomes a physical, sculptural element rather than an incidental activity and linear sequence becomes specialized across the format of the pages. The format engenders upon the reader physical contortions to navigate and examine the content, in this way making references to itself as a form, an object, and its own process of enunciation.  This metacritical aspect is perhaps important with a book about publishing but it’s the playful and performative aspect that makes it engaging within Code-X. References to the digital are found throughout the pages, layered imagery page numbering that references time and not pagination. Glitched imagery has been used as cover patterns, the intention here was to create a modern equivalent to marbling, the original content that made the glitches were the source imagery of book submissions. 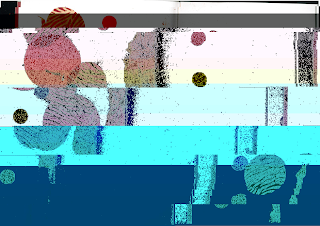 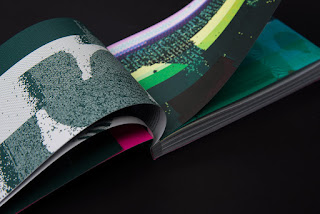 Collaboration, and the network

Networks rely on the collective strength; we are stronger together as the saying goes. But is collaboration better that competition? The sharing and opening up of data is something that we are seeing more and more with open access, and we build new things upon the histories of the past. But in my view competition stifles creative practice. It closes off networks and creates an atmosphere of comparison and secrecy; these are never good ingredients for explorative creative practice. Indeed many designers and artists working within the fields of self-publishing prefer localized production over mass commercial publishing ventures and we have seen a huge popularity in such forms of publishing referencing the countercultural underground presses from the 1960s. Graphic designer Ellen Lupton points out “Publishing books has become the site of heated social activity, as seen in the rash of book fairs and short-run publishing houses worldwide”7. Risography is one printing medium that has really helped shape the self-publishing scene over the past decade. Risograph was developed in Japan in the mid 1980s for large print runs for small organization and has quickly been taking on board by book artists and self-publishers due to its cheap and easy set up costs. We have seen in recent years a renaissance in this form of print production due to the Internet and a global network of users keen to share work and knowledge, but also fueled by the do-it-yourself culture evident everywhere like Etsy and Creative Commons. We have seen this DIY movement before within Punk culture from the 1970’s, back then made visual by the Xerox or Photocopier machine. The Xerox machine allowed for quick and easy scanning of existing imagery and allowed complete freedom of expression. Underground networks grew from the circulating Xerox fanzines, like the tentacles of Architeuthis slowly wrapping around its prey. Fanzines have played a key role in the evolution of alternative printing and self-publishing history. 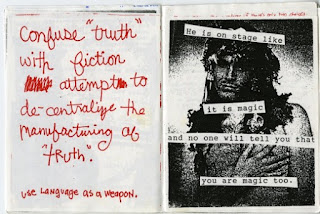 The Code-X project linked some of these early forms of self-publishing by taking a sample of what’s happening within the world of artist book publishing today in relation to what it once was. Twenty-six contributors Give an account of or reflect upon their work from analogue production to digital experiences. The project constitutes a timely survey of this new chapter in publishing looking at a range of innovations and alternative approaches but also looking back at pre-digital strategies and examining some of the benefits and limitations of digital publishing. Code-X represents a pause and a reflection on past, to post digital that fully embrace the ideas of making and connecting (Making is connecting 8). The project is an important and timely assessment of what publishing actually could be today in a post everything media landscape.
Featuring essays, interviews and works by;
Delphine Bedel, Simon Cutts, Sebastien Girard, Hans Gremmen, Andrew Haslam with Rose Gridneff & Alex Cooper, Alec Finlay with Ken Cockburn, Alessandro Ludovico, Silvio Lorusso, Katharine Meynell with Susan Johanknecht, Grégoire Pujade-Lauraine, AND Publishing, Colin Sackett, Jodie Silsby, Paul Soulellis, Stefan Szczelkun, John Warwicker (Tomato), Eric Watier, Maria White, Beth Williamson, David Lorente Zaragoza.

Notes:
[1] Book—Lab is a multi-disciplinary research lab initiated by Danny Aldred in 2013 to explores new connections between Design and Technology with a focus on communication in book form. The lab is based at Winchester School

[2] BookRoom is a research group and publisher, based at UCA Farnham and led by Emmanuelle Waeckerlé, to support artists and researchers to engage with critical production, debate and dissemination of page and screen based works, and disseminate resultant knowledge through publication, conferences, exhibitions. www.thebookroom.net

[3] The digital shift is discussed within the book ‘The Digital Turn, Design in the Era of Interactive Technologies’ Published by Park Books 2012

[5] Studio 3015 is a creative and educational space situated within Winchester School of Art, University of Southampton. www.studio3015.com

[6] Dieter Roth (April 21, 1930 – June 5, 1998) was a Swiss artist best known for his artist's books, editioned prints, sculptures, and works made of found materials, including rotting food stuffs.[1] He was also known as Dieter Rot and Diter Rot. Source 2016 https://en.wikipedia.org/wiki/Dieter_Roth

[8] Making is Connecting is a book by David Gauntlett, in this he argues that through making things, people engage with the world and create connections with each other, both online and offline.
www.makingisconnecting.org

Danny Aldred's practice centres on publishing as creative practice with a
focus on artist book projects. His work has been chosen for numerous
international exhibitions and publishing projects within the UK, Germany
and the USA. Several recent artist book projects include 'woods for the
trees' published through Entbergen press and the 'glitch series' using the
Jacquard loom. Both project's mix old and new forms of technology.