After a recent embarrassment of handing out a business card to a friend and gently being asked why my website was almost empty, I resolved to spend some time bringing it up to scratch (i.e. adding at least some coherent content to it!).

Starting the process I soon remembered why I had given up months before. Building a website and adding content in a straightforward, appealing way is quite a challenge and central to that challenge is taking clear documentation. I overcame the problem in quite a straight forward way, so I wanted to talk about it here. I'll use the example of an artwork called 'Between the Lines'.

The two original photos (above) were taken with my smartphone from the slightly battered proof copy that arrived from the printer. It was hasty because I wanted to get the photos on my website in time for them going on sale at the Whitechapel Book Fair. Shamefully I've been using those photos ever since!

One simple way of establishing how I wanted the new documentation to look was by addressing what I didn't like about the old photographs:

Strange how these things sound so simple, but had never really occurred to me before. So I set up a little studio in my front room and took some photos with my compact camera. 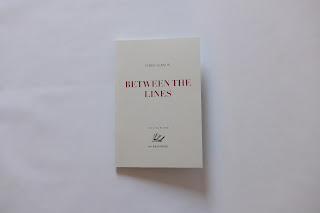 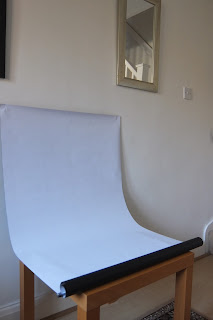 Using this set-up the only two elements that I needed to control were the background and quality of the image. These could be done together in Photoshop. All I had to do was to separate the book and the background and work on them separately.

For the book element I improved the contrast and changed the colours slightly to match the original. For the background I increased the contrast so that the paper textures of the background disappeared, but the shadow stayed. I then filled the background with a specific shade of the grey that provided a contrast. Noting down the details of the shade of grey were important, as I then used the same shade on all subsequent documentation. The finished images are here:

Below these are other books that I documented using the same technique - I hope it gives you an idea of how straight forward the process can be.