Notes on the Ley - Arnolfini 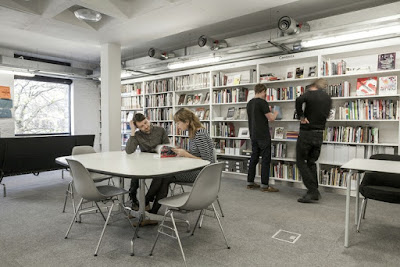 the Arnolfini reading room A

The Arnolfini was established in 1961 as a site ‘…where all the contemporary arts could coexist and interact in order to stimulate creativity, to provoke thought and to give pleasure to a wide range of people.’1 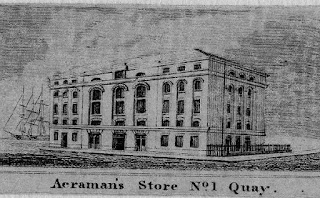 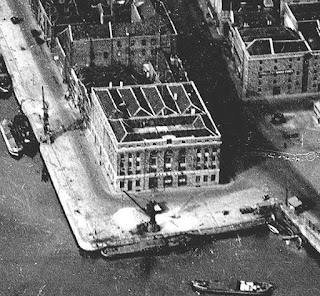 A 1929 aerial photograph of Bush House B

It moved to its current site Bush House in 1975. Bush house was built in the early 1830s for Acraman Bush Castle & Co, for use as a tea warehouse which quickly failed. It was later used for iron and tin plate storage and expanded in the later 1830’s. By 1842 Acraman became bankrupt and in 1846 the building was occupied by George and James Bush, bonded warehouse keepers. Their company remained until the late 1960s and gave Bush house its name.2 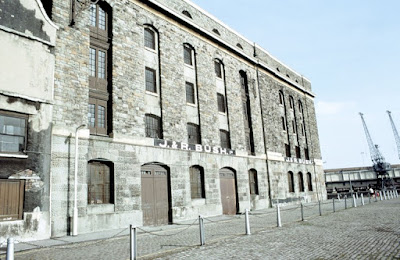 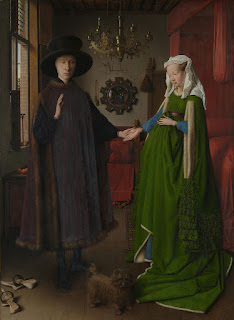 The Arnolfini Portrait is one of the earliest paintings to assert the presence of the artist within its depiction and links to Arnolfini's consistent concerns: to explore the role of artist as a witness and recorder of what is around them.3 This is an interesting side note that ties in to part of our project. The presence of the body and making you aware of it, is a part of the reason we are exploring reading spaces along the Ley. The act of reading and referencing that act, by drawing your attention to the body, through the hands, is an interesting part of the reading process and draws similarities with the Arnolfini Portrait. Where the Arnolfini Portrait references the artist as 'creator', our project references the hands as 'creator' and more importantly 'activator' of content. This process of the hands relationship through the book and the repeated actions of reading we have seen already at the Trinity College Library Dublin, through the devotional Book of Kells. 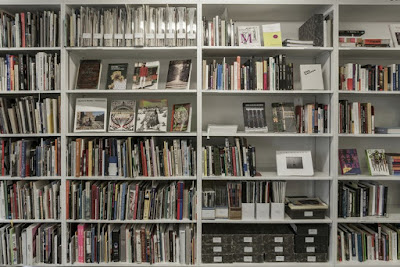 the Arnolfini reading room A

We will take up residency in the reading room, which will become the focus of the Arnolfini Ley during BABE. The reading room is a space that houses a collection of contemporary art books, magazines and other resources that relate to the Arnolfini’s current programme. It is a space where ideas behind the exhibitions and events centre. Like a supplement to the visual art and events that appear throughout the gallery spaces, the reading room acts in the same was as an ‘orrery’. With an exhibition as a point at the centre, thoughts move around this point to add depth and understanding to the whole exhibit.

A repeated action here is the action of acquiring knowledge, with a specific aim to be read. It is how, I think we came to be drawn to this part of the Ley. The centring of knowledge around a specific event such as BABE, gives the reading room an important role. Allowing us to explore and explain our thoughts around the alignment project. Using the space to build up a collection of ideas that act in the spirit of the reading room. 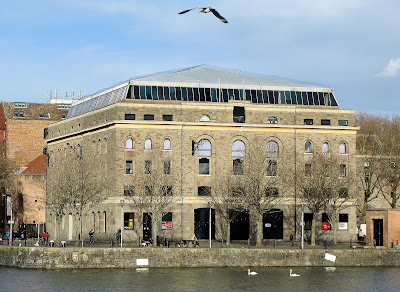